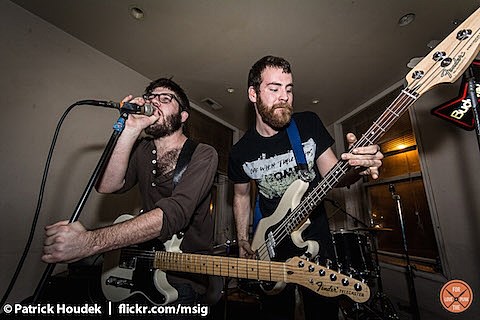 Fresh off a hometown show at Ian's Party 2015, Chicago punks Two Houses will be embarking on a winter Midwest/Southern tour. They'll spend most of January on the road, and you can check out a complete list of dates at the bottom of this post.

Two Houses' latest effort, their rousing Disappointer 7" EP, arrived in June via Rad Girlfriend Records // Let's Pretend Records. Its melodic title track serves as the centerpiece of the EP, and the whole thing is available to stream in this post.

All Two Houses dates and a stream of Disappointer lie after the jump...