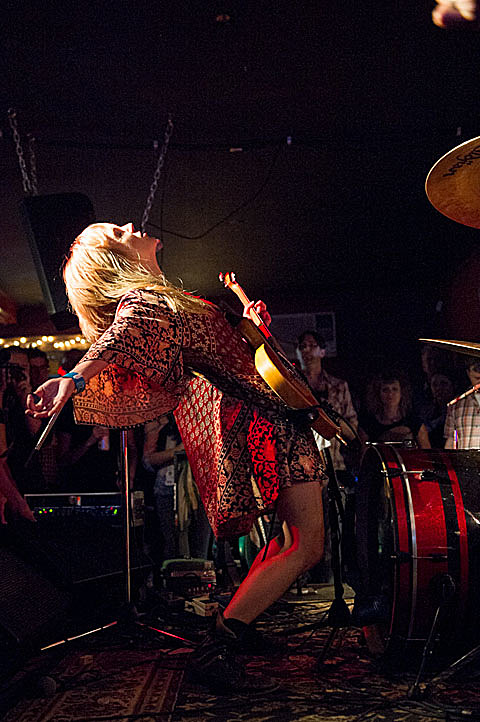 Austin's Ume, who are currently on tour with The Toadies and Helmet, have been added to Jane's Addiction's sold-out Aragon Ballroom show on August 2. As mentioned, Franz Ferdinand and Skream and Benga, who will play a late night DJ set, are also on the bill. If you were able to grab tickets, arrive early to catch the powerhouse trio.

After their current run with The Toadies/Helmet, Ume will head into the studio to begin recording the follow-up to 2011's excellent Phantoms. Stream the LP, packed with the guitar heroics and soaring vocals of frontwoman Lauren Larson, in its entirety at the bottom of this post.

All Ume dates, a stream of Phantoms, and a video are below...

^ with The Toadies/Helmet
& with Jane's Addiction, Franz Ferdinand, Skream and Benga.
--