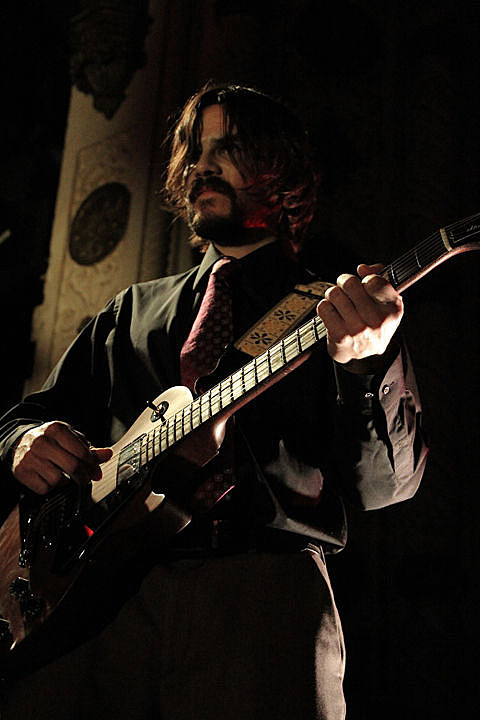 Joan of Arc/Owls/Ghosts & Vodka/Cap'n Jazz member and solo artist Victor Villarreal is set to play The Whistler on May 16, with Kellen & Me. As always, shows at The Whistler are FREE. Victor's debut solo effort, Invisible Cinema, hit stores in late-January via Joyful Noise. The album's lead single/opening track "Enters," which we posted for download, is included on this week's Chicago Mixtape (#65). Join up to download the 10-track mix, which also features Sybris, Wells-next-the-Sea, Brendan Losch, Maps & Atlases (win tickets to see them at Metro on Friday), and others.

Victor recently toured throughout Europe with Berlin's mOck and to go along with their 15-date run, the two acts released a split 7" via Joyful Noise. Stream Victor's contribution, a dirty, fast-paced track titled "Suspended Nerve," below...