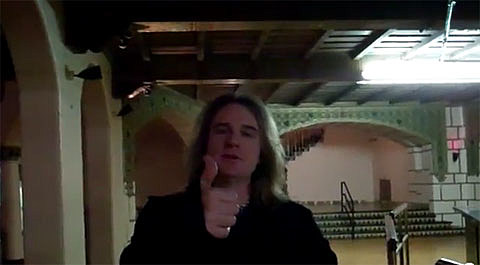 "...it was the older material that had the fans going crazy. In 2010, original bassist and Megadeth co-founder David Ellefson rejoined the band for a tour celebrating the twentieth anniversary of the band's landmark Rust in Peace album. From that album came "Hangar 18," "Dawn Patrol" and "Poison Was the Cure" back-to-back, and set closer "Holy Wars... The Punishment Due."..." [ChicagoNow]

Gigantour hit Aragon Ballroom on Friday night (2/10). Check out some video of headliner Megadeth, including a pre-show message by David Ellefson, and footage of "Peace Sells" from the pit (it'll make you a bit dizzy watching, but worth it), along with their full setlist, below...

Megadeth Foreclosure of a dream at the Aragon Ballroom Chicago Illinois