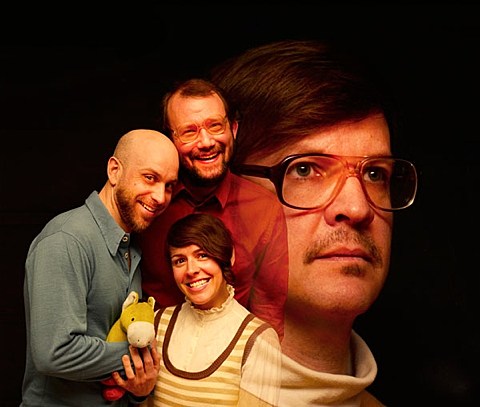 Chicago's Walking Bicycles are set to release their new album, To Him That Wills The Way, on August 12 via their own Highwheel Records. Its single, "Eyesore" is a crunchy, hooky rocker and they just gave it the video treatment courtesy of director Elliott Kaffee. That video premieres in this post and can be watched below.

The band will also celebrate with a release show in their hometown the day before it comes out, August 11 at the Empty Bottle, with Toupee, Unmanned Ship and Lil Tits. That show is free and starts at 8:30 PM.