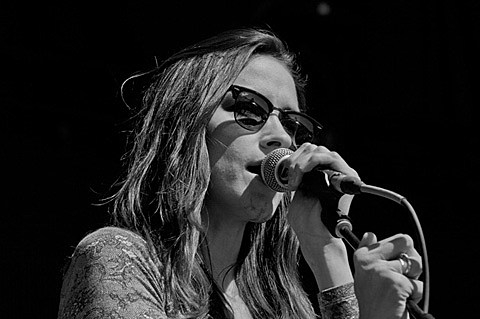 As seen on BrooklynVegan, Warpaint are slated to welcome their self-titled second album on January 17 via Rough Trade Records. The LP was produced by Flood and mixed by Nigel Godrich. You've already heard the album's lead single "Love is to Die," and they've now shared another great track called "Biggy." You can stream both songs at the bottom of this post.

Warpaint have also just announced a brief spring North American tour. That tour includes a performance at Metro on March 28. Tickets for the Chicago show go on sale on Wednesday, December 11 at noon CST.

All Warpaint dates and streams of "Biggy" and "Love is to Die" lie after the jump...

Warpaint - "Love is to Die"