Washed Out @ House of Vans in 2012 (more by Courtney Dudley) 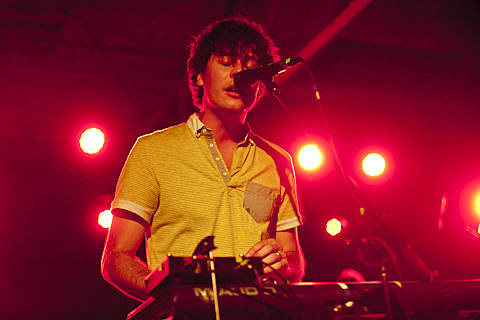 Washed Out (aka Ernest Greene) is gearing up for the release of his new album, Paracosm, which is due out on August 13 via Sub Pop. No LP tracks have been revealed yet, but you can check out a trailer that features new music at the bottom of this post. Ernest Greene and co. will be touring in support of his forthcoming LP this fall. That tour hasn't been announced in full, but already includes a performance at Metro on September 13. Tickets for the Chicago show go on sale this Friday (6/7) at noon CST.

All known Washed Out tour dates and that album trailer are below...