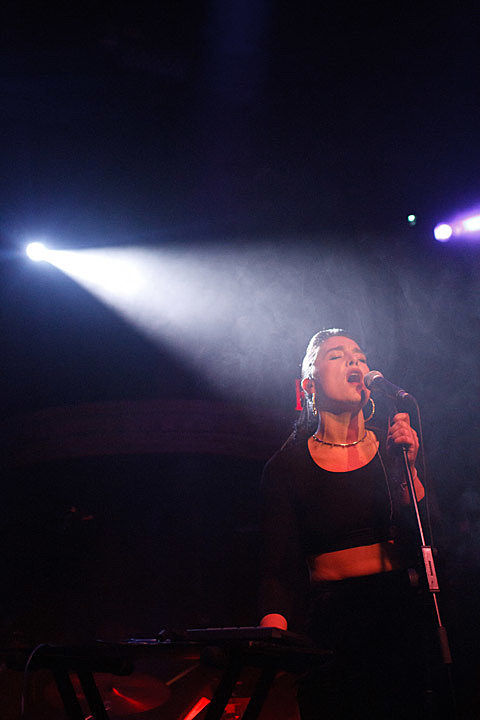 UK songstress Jessie Ware welcomed her great debut LP, Devotion, in August of 2012. She's currently on tour throughout the US, and visited Late Night with Jimmy Fallon last night (1/16) to perform the Devotion standout "Wildest Moments" with a little help from The Roots. Footage of her Fallon performance can be found at the bottom of this post.

As discussed, Jessie Ware will make her Chicago debut at Lincoln Hall this Sunday (1/20) with support from On An On, Mister Lies (who is on the cover of the Reader's B-Side this week), and Kriz Baronia as part of Tomorrow Never Knows 2013. That show is sold-out, but you can still get in if you've got a five-day festival pass, which are still available.

All known Jessie Ware tour dates, footage from her Fallon performance, and a stream of her new EP are below...

----
Jessie Ware - "Wildest Moments" with The Roots on Fallon