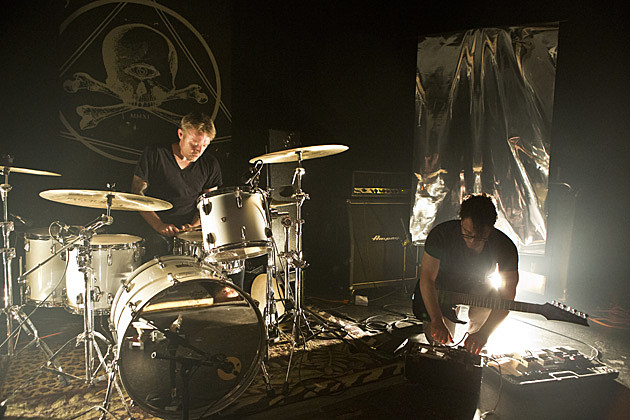 Today, blackened Chicago/Baltimore experimental outfit Locrian have revealed a visual accompaniment for "Exiting the Hall of Vapor and Light" from their great new LP, Return to Annihilation, which arrived last month via Relapse Records. RtA is nothing short of visceral, and the track at hand washes over you with waves of intensity. The George Moore-directed clip is similar to the fleeting moments of dusk before immediate dawn, and you can check it out at the bottom of this post.

Their only announced tour date at the moment is an appearance at Kentucky's Boomslang Festival in September, and they plan to announce more dates soon. They did play their first Chicago show in two-years at The Burlington in March, so who knows if we'll be graced with another hometown gig.

Their video for "Exiting the Hall of Vapor and Light" is below...