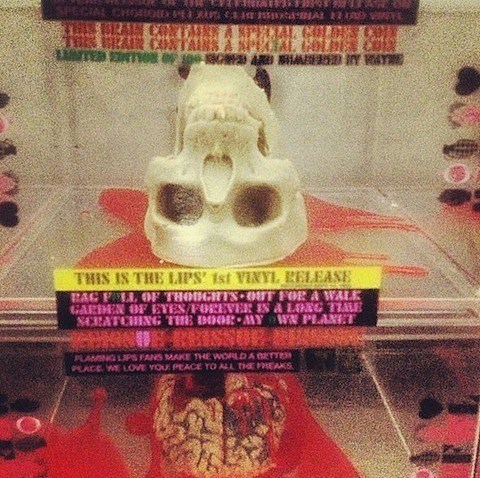 The Flaming Lips' Wayne Coyne will be embarking on a Midwest "record store tour" this weekend, armed with 12" vinyl repressings of their 1984 self-titled EP, 7" versions of the outfit's second cassette demo (recorded in 1983), ...and "anatomically correct and life-sized" gourmet chocolate skulls. The EP will be sold with the skull, which contains a golden coin that is redeemable for admission to any Lips headlining show in the world. Each release is limited to 2,000 copies and will remain on sale at participating stores starting on December 24.

You can catch Wayne Coyne at Chicago's Permanent Records on Friday, December 20 at 8PM. The shop doesn't hold all that many people, so we'd suggest heading there early.