We Were Promised Jetpacks @ FFF Fest 2011 (more by Tim Griffin) 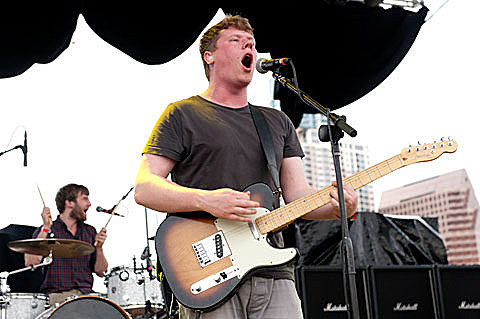 Scottish indie rock outfit We Were Promised Jetpacks have announced that they'll be releasing a live album, titled E Rey - Live in Philadelphia, on February 25 via FatCat. The LP was recorded at Philly's Union Transfer, and you can check out a trailer for it at the bottom of this post.

WWPJ will also be touring the U.S. in support of their forthcoming live LP. That tour begins on the West Coast in late-February and includes a performance at Lincoln Hall on March 2 with labelmates Honeyblood. Tickets for the Chicago show go on sale this Friday (12/20) at noon CST.

All WWPJ dates and a trailer for E Rey... lie after the jump...