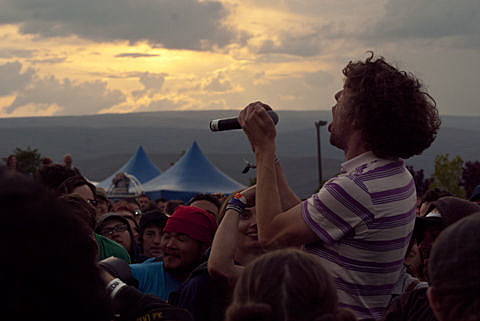 FRIDAY
!!!, Yourself And The Air, and Clique Talk are playing the Bottom Lounge.

The War on Drugs, Caveman, and Tammar can be found at Schubas.

Great Lake Swimmers, Snowblink, and The Lumineers are playing SPACE.

Questlove will play a DJ Set at The Mid.

Braid, All Eyes West, and Fires will play Metro.

Zach Rogue (of Rogue Wave)'s new project Release The Sunbird will play an early show at Schubas, with support from The Glory Singers.

Houses, Pet Lions, and Prussia will play a late show at Schubas.

Cobra Lounge are hosting a 3PM - 3AM blockparty, flyer below.