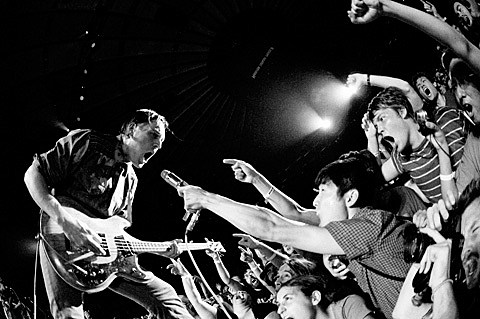 The Boxer Rebellion, and We Are Augustines will play the Double Door.

Head to the Empty Bottle to catch Maritime, Tin Tin Can, and The Nothingheads.

Schubas will host A Lull's record release show with special guests: Yourself & The Air, and Heypenny.

MNDR, and North Shore Pharmacy will both perform DJ sets over at Beauty Bar.

SATURDAY
Duran Duran will play the House of Blues.

José González's Junip will be performing at the Empty Bottle along with Acrylics.

Subterranean will host Ezra Furman and The Harpoons' record release show with special guests: Tristen, and The Apache Relay.

DJ ?uestlove will headline The Shrine with support from the Chicago Afro Beat Project.

Steve Ignorant will be playing some Crass songs, and more of his own at the Bottom Lounge.

SUNDAY
Arcade Fire, and The National will play their second of three Chicago shows at UIC Pavilion.

Joan As Police Woman, and Bone & Bell will share the bill over at Schubas.

Junip, and Acrylics will play their second Chicagoland area show in two nights, at SPACE.

Uh Huh Her, and Diamonds Under Fire will play the Double Door.