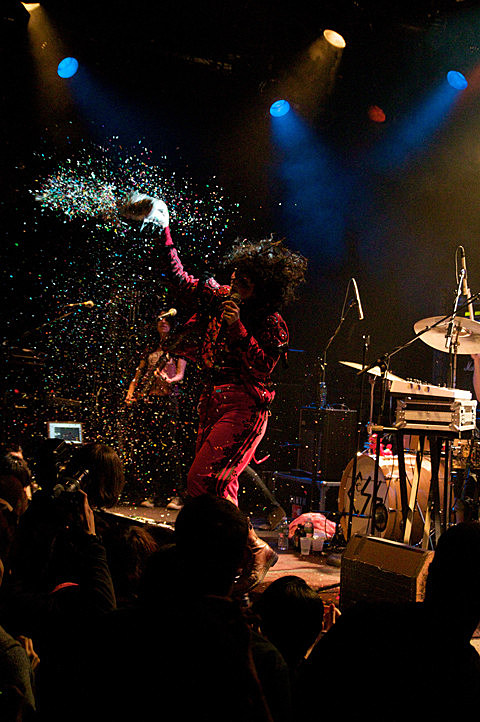 FRIDAY
Death Cab For Cutie will bring their "Underplay Tour" to Metro, with support from The Lonely Forest.

Crystal Stilts, Eternal Summers, and The Beets can be found over at Empty Bottle.

RJD2 will play The Mid.

On the heels of his latest LP Inclusions, Ben Sollee will play two Chicagoland shows this weekend. He can be found at SPACE in Evanston tonight, and at Schubas tomorrow. Both shows will feature an opening set from Sean Rowe.

SATURDAY
Austra just released their debut LP Feel It Break on May 17th via Domino Records. For the ridiculously small fee of $5, you can catch them over at Beauty Bar.

The Sea and Cake will play a hometown show at Empty Bottle.

CSS will play Metro with Princeton, and DAAN.

Lucinda Williams will spend both tonight, and tomorrow night at Park West.

One day after their headlining show at Empty Bottle, Crystal Stilts will play an in-store at Permanent Records at 1:30PM.

Bruce Cockburn will play to a sold out crowd at the Old Town School of Folk Music.