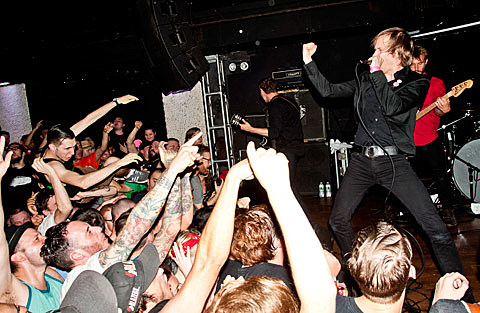 Refused play their first Chicago show in a very, very long time tonight at the Congress Theater with OFF!. The Congress recently announced a large renovation plan.

Ceremony, who play the Riv with Bloc Party in September, recently participated in the A.V. Club's Undercover series. They performed the Violent Femmes song "Kiss Off," which you can watch a video of below.