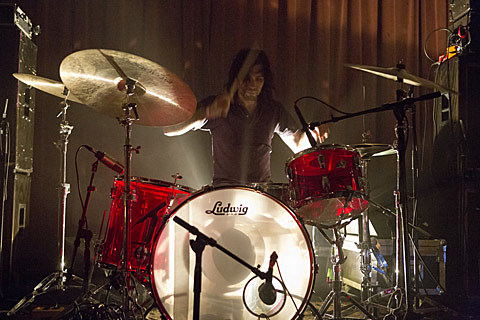 Flock of Dimes (aka the solo project of Wye Oak's Jenn Wasner) has a new song called "Curtain," which you can stream below. Wye Oak play the sold-out Hideout Block Party/AV Fest on September 15.

Reunited post-hardcore outfit Quicksand played "Fazer" and "Omission" from their 1993 debut Slip on Fallon last night. Watch them play both songs below.