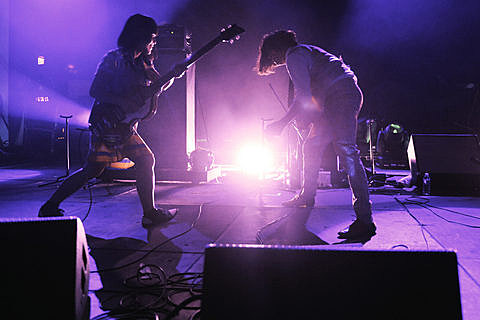 Sloan are performing their 1994 LP, Twice Removed, in its entirety tonight at Sub-t.

Deerhoof are playing two shows at Schubas tonight, and one is with Buke and Gase, who have a great new EP out.

Brilliant Corners of Popular Amusements continues tonight, with performances by Conor Oberst and Van Dyke Parks. Photos from Day 1 of the festival will be up soon.

Bloodshot Records celebrate their 18th Birthday with a show at Mayne Stage.

The Promise Ring recently visited the A.V. Club to perform Adele's "Rumour Has It." The clip is just as fantastic as it sounds, check it out below.