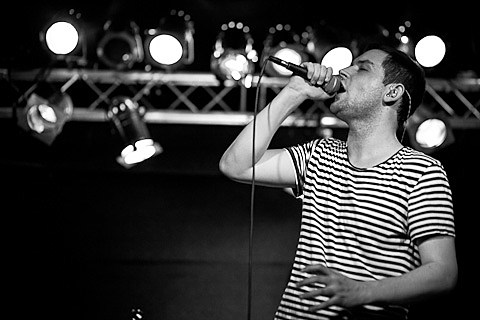 The dB's polish off their two-night stand at the Hideout.

The Twilight Sad, Errors, and When Clouds Attack play the Bottle.

Chicago artist Stephen Eichhorn' new exhibit, Warm Embrace, opens at The Soccer Club tonight. Om, who play the Bottle on Saturday (11/17), and Creatures of the Wind will be performing. Daniel Higgs, who opens for Om at the Bottle, plays a 6:30PM in-store at Permanent Records tonight.

Parallax Sounds is screening at the Gene Siskel Film Center. Miami Connection is showing at the Music Box Theatre.

Miguel recently played a Yours Truly session. Watch him and his band tackle "The Thrill" below.