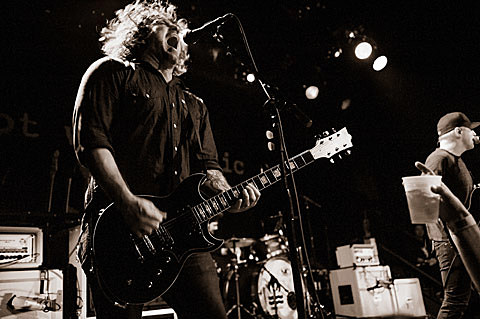 Hot Water Music headline Metro tonight. Have you entered our contest to win a copy of their 3xLP Live in Chicago yet?

The Growlers play Schubas with Magic Milk and Jimmy Whispers.

Ultraista, who canceled a bunch of tour dates so that drummer Joey Waronker could fly home for the birth of his child, played "Gold Dayzz" on Fallon the other night. Check out the footage below.

Filed Under: Ultraista
Categories: Music, To Do
Comments
Leave A Comment
Ultraista cancel shows (Lincoln Hall included)
Ultraista touring, making their Chicago debut at Lincoln Hall
What’s going on Wednesday?
Other Lives playing Schubas & Lincoln Hall w/ Indians (who have a new single), remixed by Atoms for Peace (stream it)
States with the Most Street Racing
Cities with the Worst Drivers