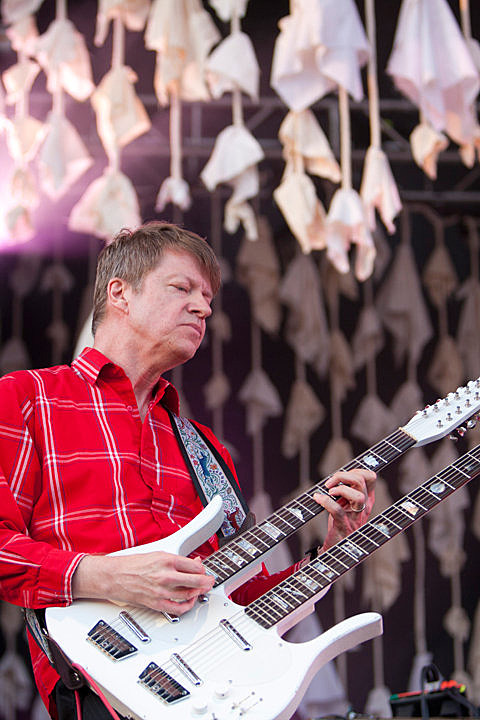 A lot justifiably has been said about Wilco's ensemble nature, the way in which the interplay between the Chicago band's six fine musicians determines the group's sound. The emphasis on collaboration reflects well on [Jeff] Tweedy, who may be the most unassuming star in rock, but it can work against the band when he steps too far back in his songs.

On Sunday [7/8], though, his voice and guitar playing stood out from the beginning of the first song, "Dawned on Me." The outdoor venue may have contributed to the striking clarity of his singing, but so did the way Wilco reworked songs to put Tweedy in the forefront. [Chicago Tribune]

Both Andrew Bird and The Congregation opened, but due to the traffic jams that occur at these kind of venues we unfortunately missed their sets.

More pictures and the full setlist from Wilco's headlining performance continue below... 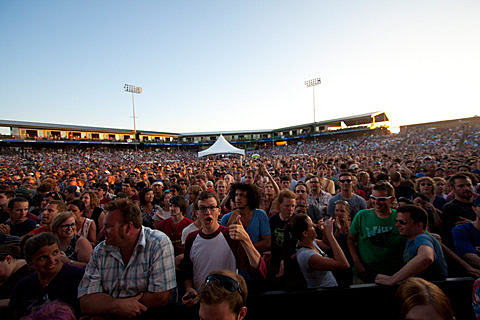 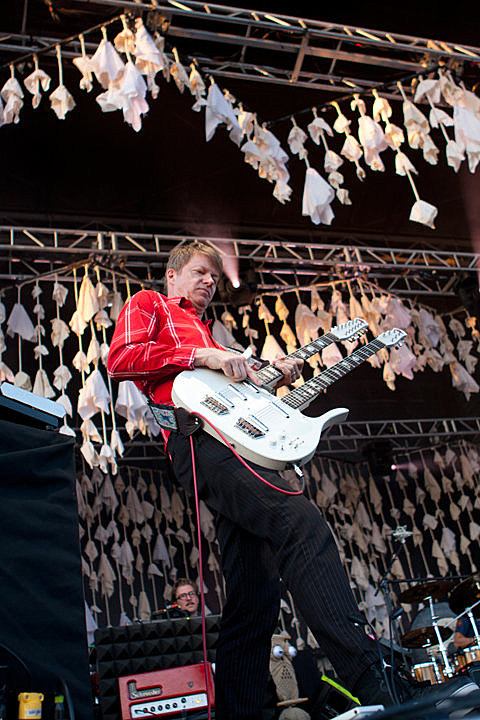 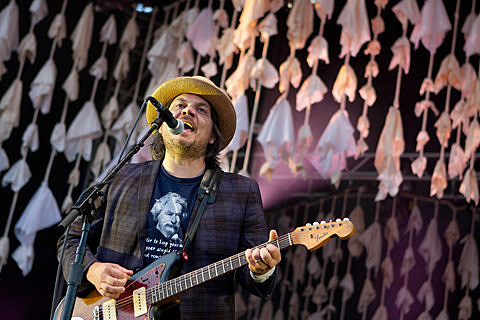 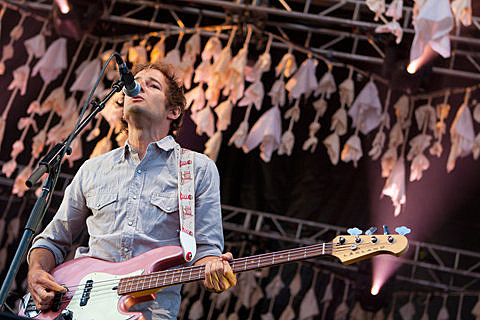 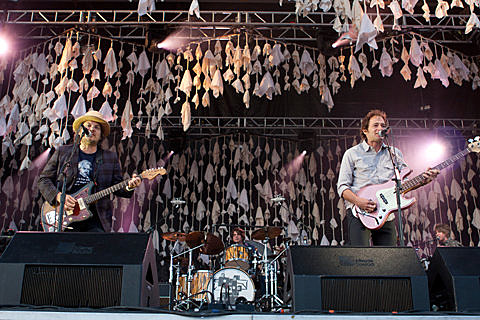 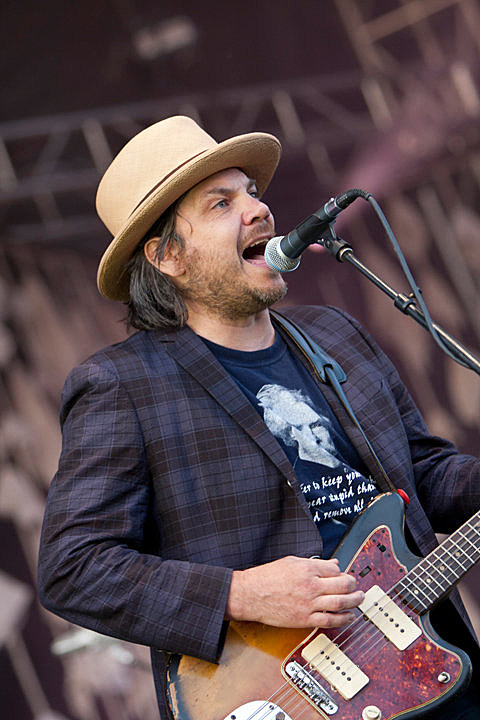 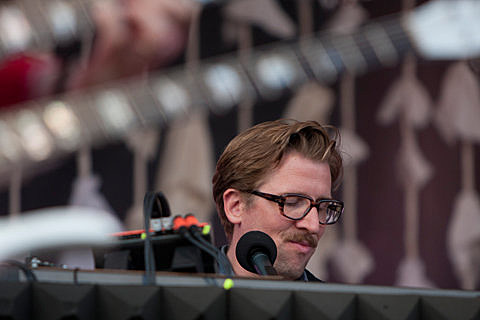 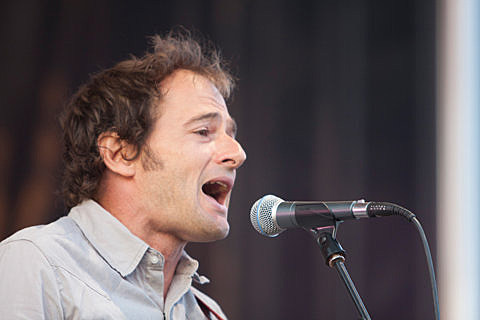 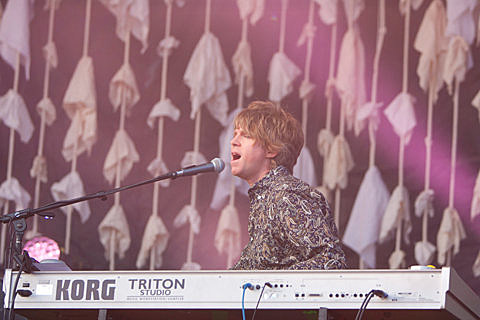 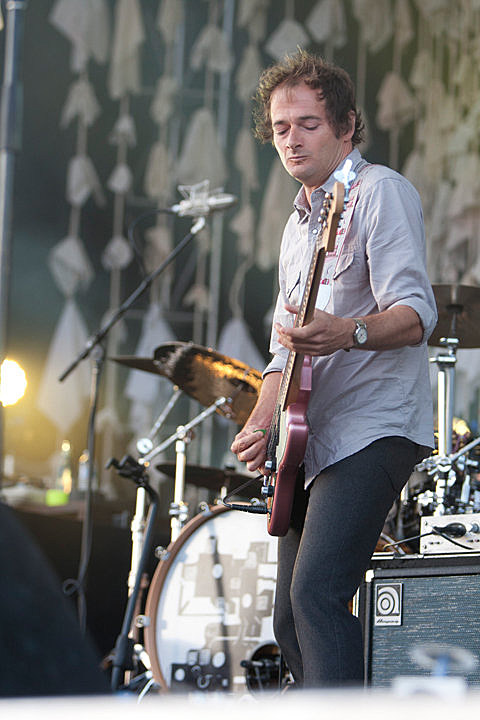 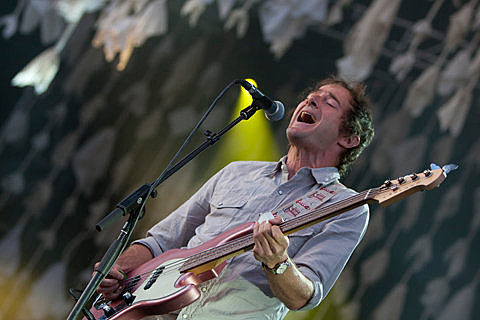 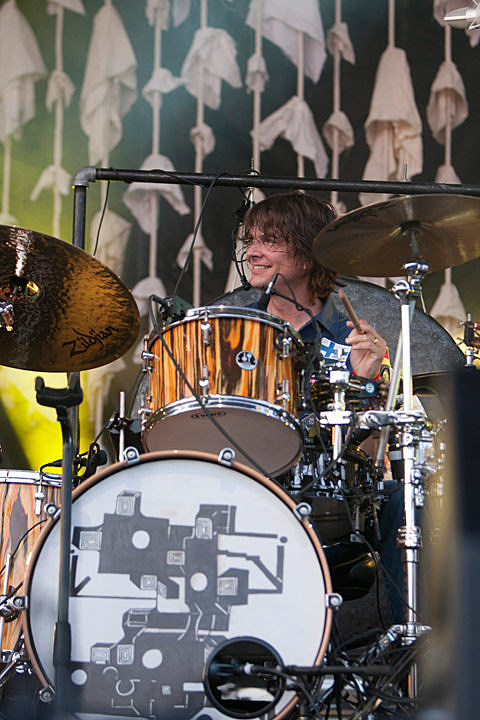 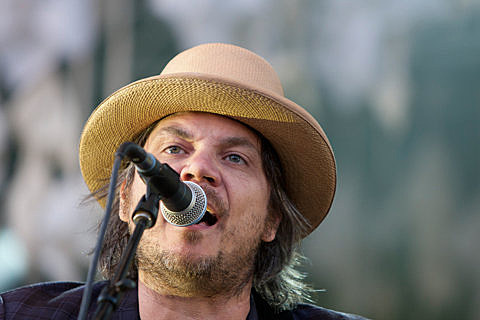 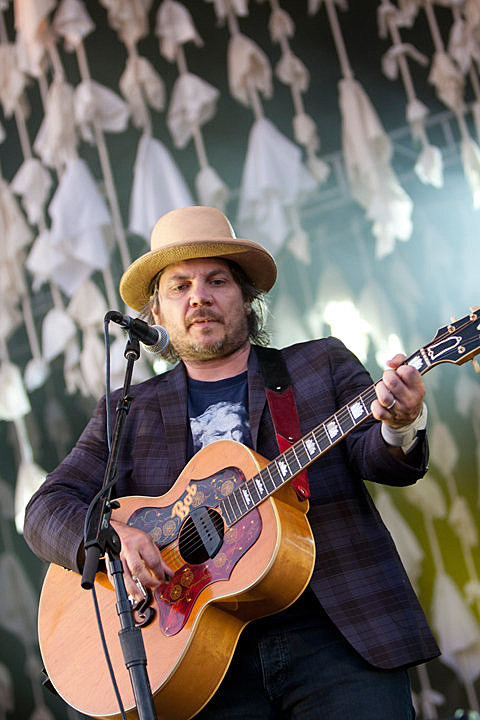 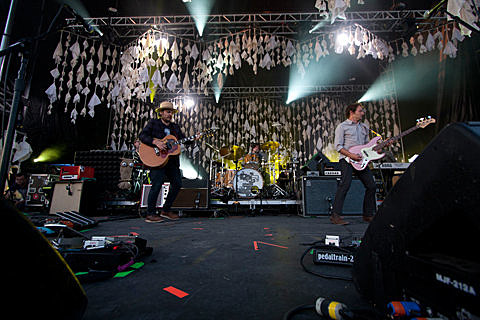 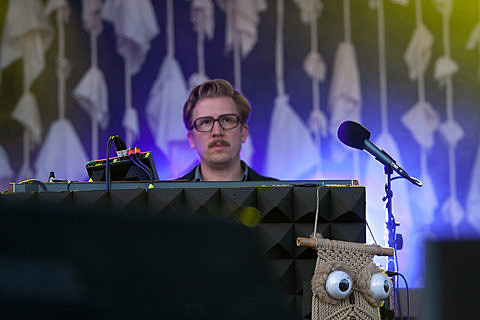 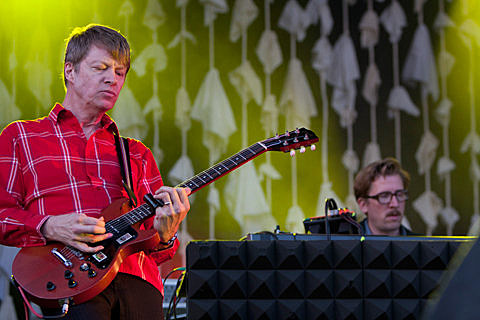 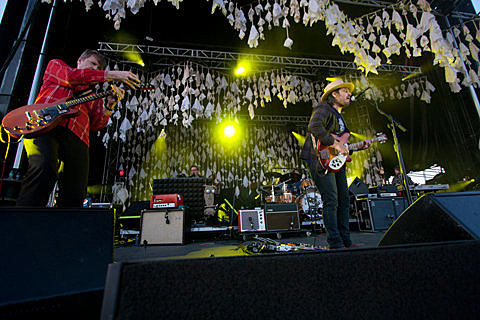 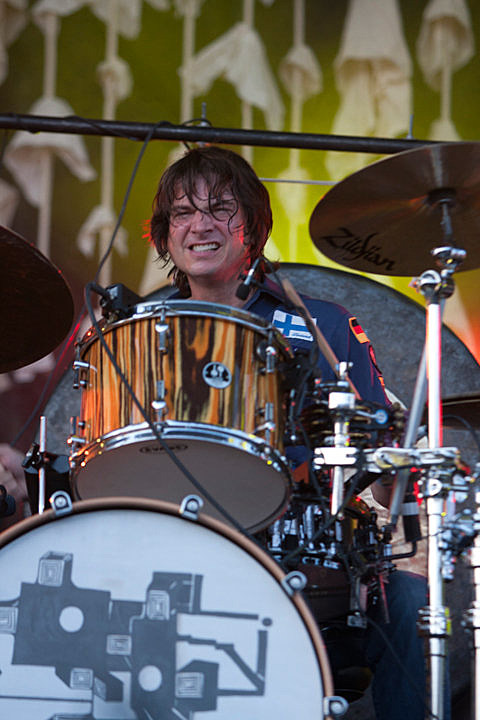 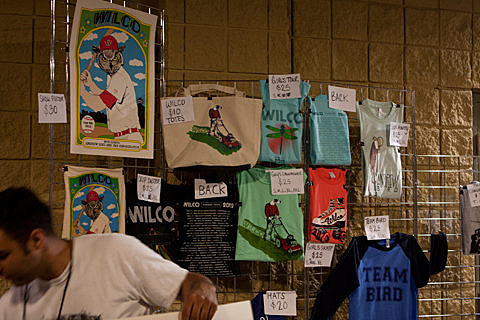