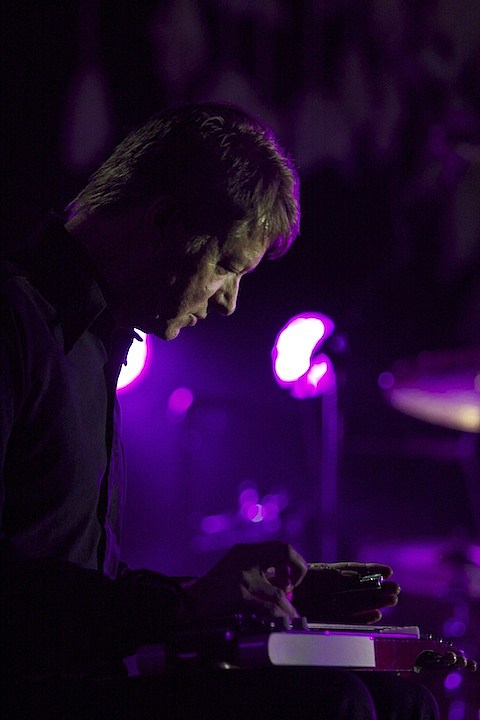 You might remember what we called "Wilco week" in December, the band's five-night run of hometown shows ordered by decreasing venue size (Civic Opera House, the Riv, the Vic, Metro, and Lincoln Hall). Today (6/5) Wilco released a FREE iPad book dubbed The Incredible Shrinking Tour of Chicago, which includes photos, setlists, posters, backstage videos, and more from the week of local shows.

Wilco have also recorded a Spanish-language version of The Whole Love track "Dawned on Me," titled "Me Avivé," to thank Spanish-speaking Wilco fans for coming to their headlining set at the Primavera Sounds Festival. Take a listen to the song at the bottom of this post and purchase it via iTunes. The band's Popeye the Sailor-themed video for "Dawned on Me" is also below.

Wilco's only area show this summer is a performance at Fifth Third Bank Ballpark in Geneva, IL on July 8, with support from Andrew Bird and The Congregation. Tickets are still available.

Stream of "Me Avivé" and video for "Dawned on Me" below.