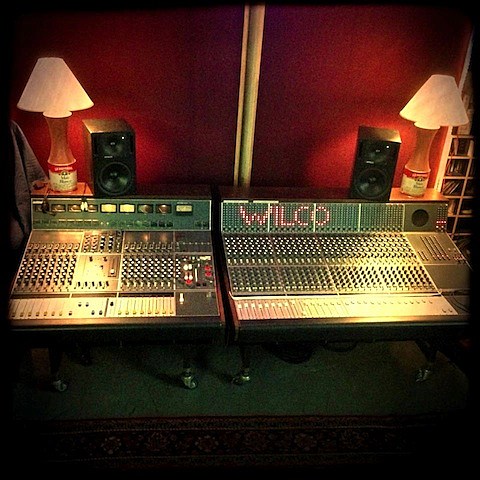 The photo above appeared on Wilco's Facebook along with the caption, "New Neve console up and ready to make magic at the Loft. Well, not new -- just new to us." Their latest album, The Whole Love, hit stores in September of 2011, so it's possible that they could be putting something together for release later this year. Both Low's forthcoming The Invisible Way and Mavis Staples' yet-untitled new LP have been tracked at The Loft.

As discussed, Wilco frontman Jeff Tweedy is set to play his annual pair of shows at the Vic Theatre on March 13 & 14 this year. Tickets for both performances went on sale just a couple of hours ago.

Wilco's video for "Dawned On Me" is below...