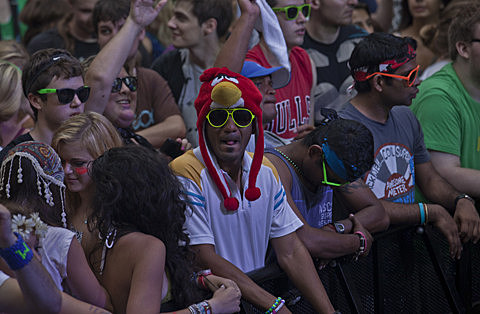 As discussed, the 2013 North Coast Music Festival goes down this coming weekend (Friday, 8/30 - Sunday, 9/1) in Chicago's Union Park. Its lineup features Wu-Tang Clan (performing 36 Chambers in its entirety!), Passion Pit, AlunaGeorge, Nas, Danny Brown, Purity Ring, On An On, and many more. You can check out the lineups-by-day // set times HERE.

VIP festival passes and single-day tickets are still available. General admission three-day passes are long sold-out, but we've got a couple of pairs to give away! Details on how to enter to win can be found below...