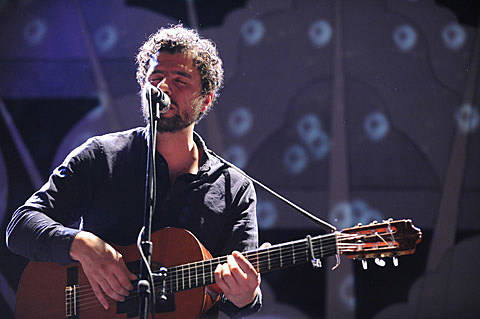 As discussed, José González' Junip will roll into Chicago this Sunday (6/9) for a performance at Lincoln Hall with PHOX and Barbarossa. The Chicago show is sold-out, but we've got two pairs of tickets to give away! Contest details can be found at the bottom of this post.

Junip are on the road in support of their new, self-titled album. It's a great one, and boasts single "Line of Fire," which was awarded a super creepy visual accompaniment. All Junip tour dates, a stream of the LP, contest details, and that video are below...

----
For a chance at winning a pair of tickets to see Junip at Lincoln Hall:
Tweet something that includes both @BVChicago AND "Junip" in the tweet, or send an email to BVCONTESTS@HOTMAIL.COM with the subject line "Junip Chicago". We'll pick winners at random and contact them with more details. Good luck!
----