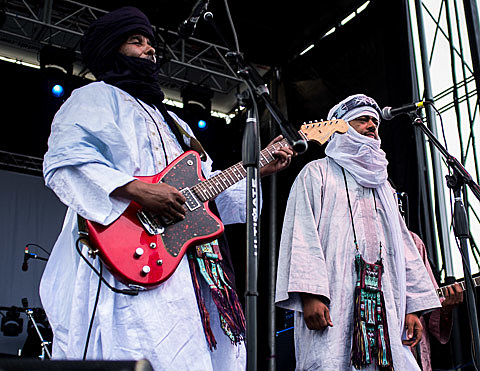 Saharan blues band Tinariwen are currently on tour throughout North America in support of their new full-length album Emmaar (Spotify, Rdio). As discussed, that tour includes a pair of shows at City Winery Chicago on April 5 -- 7:30PM & 10PM. Advance tickets are still available, and we've also got a few pairs to give away for each one!

All Tinariwen dates, contest details, and a couple of videos lie after the jump...