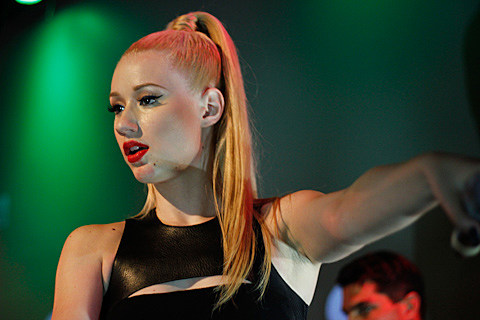 As mentioned, Australian rapper Iggy Azalea will hit Chicago on Saturday (6/2) for a performance at Reggie's. Tickets are still available, and we've also got a pair to give away!

Details on how to enter to win them are listed below.

--
For a chance at winning tickets to see Iggy Azalea @ Reggie's on June 2:
Either tweet something that includes both @bvChicago AND "Iggy Azalea" in the tweet, or send an email to BVCONTESTS@HOTMAIL.COM with the subject line "Iggy Azalea". Include your first and last name in the email. We'll pick a winner at random and contact them with more details. Your information will not be shared with anyone else. Good luck!
--
Iggy Azalea - "PU$$Y"