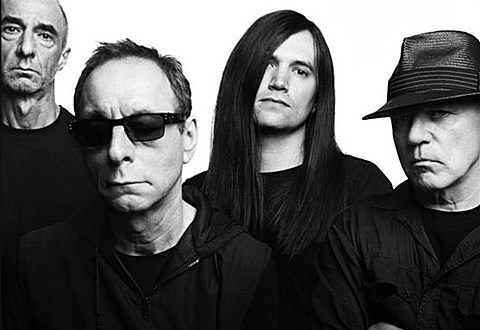 Thursday, June 11 will be at at The Hideout and will feature jazz musicians Ken Vandermark and Nate Wooley collaborating with Wire on a new version of their classic 154 track, "Map Ref. 41°N 93°W." Vandermark and Wooley will also perform their own set, as will Olivia Block (tickets).

Friday, June 12 will be at at Thalia Hall and is headlined by a collaborative performance with St. Vincent for an extended take on their repetition excursion "Drill." The night also features sets from Jon Spencer Blues Explosion, White Lung, and The Fly (tickets).

And then on Saturday, June 13 at Metro will be the pinkflag guitar orchestra, consisting of Wire plus dozens of other guitarists joining them for an epic version of Pink Flag's title track, plus sets by admitted fans Disappears and Tim Hecker (tickets).