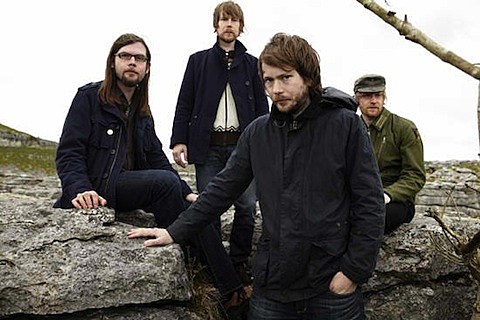 English fuzz-rock quartet Wolf People welcomed their second album, titled Fein (stream it via Spotify), back in April via Jagjaguwar. It's a major step up from their solid debut Steeple and they've ventured a bit more into the psychedelic territory on the release. Unlike many bands in that realm, Wolf People thankfully haven't let their core sound drop away. Check out Fein's "All Returns" and "Empty Vessels" in video form at the bottom of this post.

Wolf People will be embarking on their first-ever North American tour with labelmates Unknown Mortal Orchestra this fall. That tour includes a performance at Lincoln Hall on October 21. Tickets for the Chicago show go on sale this Friday (8/9) at noon CST.

All Wolf People dates and those videos are below...