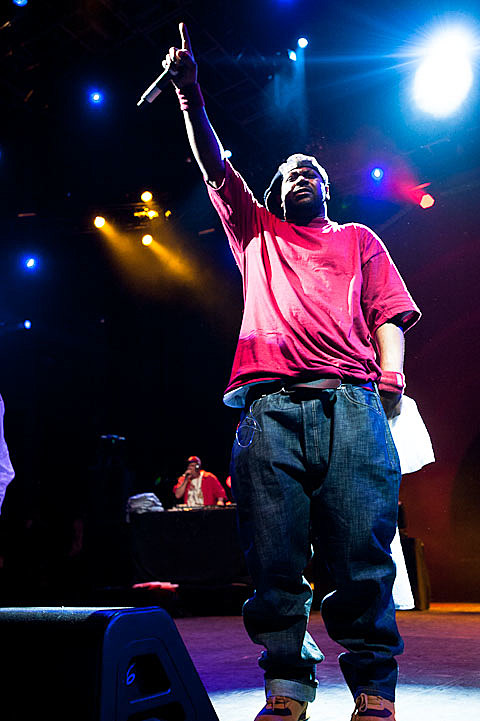 Wu-Block -- the new project of Wu-Tang members Ghostface Killah and Raekwon and D-Block/The LOX members Sheek Louch, Jadakiss, and Styles P -- are gearing up to release an album later this year. As mentioned by BrooklynVegan, it will be performed live at Rock the Bells this summer. Check out their new single "Union Square" at the bottom of this post.

Ghostface and Sheek Louch will embark on the Wu-Block Tour with Saigon surrounding Rock the Bells. That tour includes a Chicago stop at the Double Door on September 7. Advance tickets are on sale.

In other Wu-Tang news, RZA is also headed to Chicago to play the Double Door on August 11. Advance tickets are on sale.

He's also releasing a new martial arts film, called The Man with the Iron Fists, which was self-directed, written in collaboration with Eli Roth, and produced by Quentin Tarantino. The film stars RZA himself as a blacksmith in feudal China who comes to the defense of his fellow villagers. The Man with the Iron Fists also stars Russell Crowe, Lucy Liu, and Rick Yune, and is set to arrive in theaters this fall. The film's soundtrack will feature new music from Kanye West, the Black Keys, Wu-Tang Clan, Wiz Khalifa, and more. Check out a trailer below.

All known Wu-Block and RZA dates are listed below, along with a new Wu-Block song and a trailer for Iron Fists.