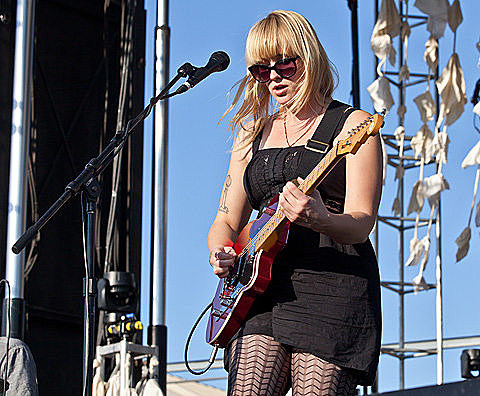 Wye Oak began tracking the follow-up to 2011's excellent Civilian this past fall at NYC's Rare Book Room studios. The currently untitled LP is slated to arrive sometime this year via Merge Records. In stark contrast to Civilian, singer Jenn Wasner told SPIN there aren't any guitars on the record. "The idea was really appealing to me because we had sort of hit a wall, just with the complete and total excess of touring that we had done, the use and overuse of that format," she said. They haven't shared anything from the LP yet, but we're nonetheless looking forward to the next chapter of Wye Oak.

After playing Coachella 2014, Wye Oak will be heading out on a spring North American jaunt at the start of May. That tour includes a performance at Metro on May 13, and tickets for the Chicago show go on sale this Friday (1/24) at noon CST.

All Wye Oak dates are listed below...