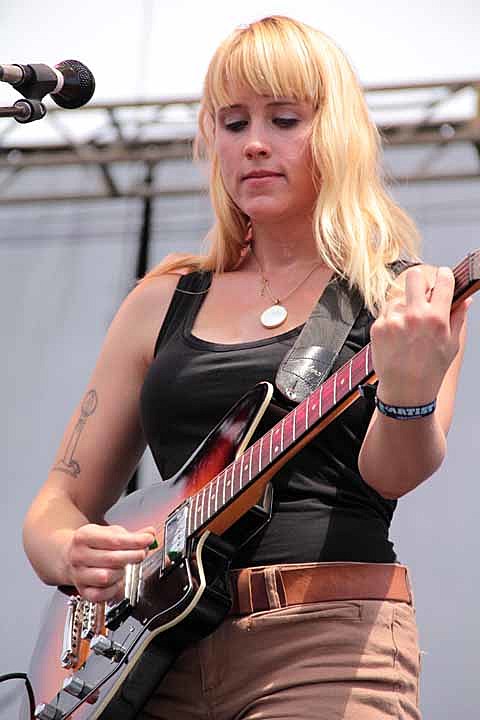 Wye Oak have just announced that they'll be releasing a 7" of their last two contributions to the A.V. Club Chicago's Undercover series. In 2010 they performed The Kinks' "Strangers" with Jonathan Meiburg (of Shearwater), which will be the A-side. Their return to the office earlier this year with Callers' Don Godwin, produced a fantastic-rendition of Danzig's "Mother" which will be the B-side. You can pre-order the 7" now.

Head below to view both A.V. Club Undercover performances and the 7"s art/tracklisting..