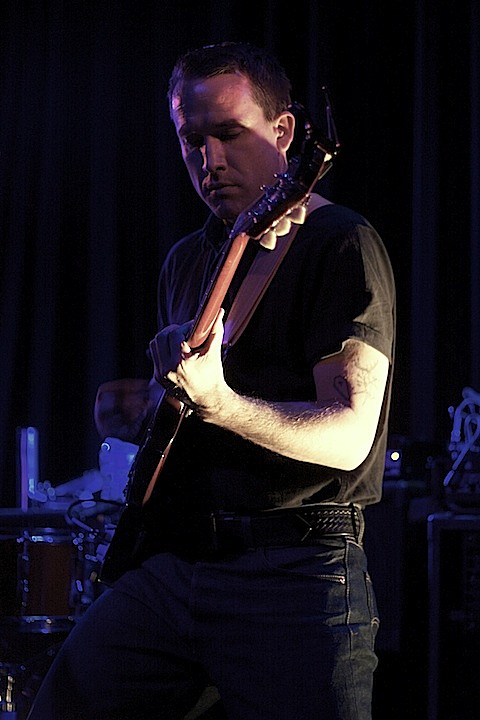 Father Murphy, a three-piece, took the stage first and had an eerie screen-projected visual that reminded me of the woods in The Blair Witch Project. It was unsettling yet a perfect fit for Father Murphy's dark sound. If people thought Nick Cave's first band, The Birthday Party, was one of the darkest and heaviest post-punk bands around, Father Murphy would like a word with you. The group used what looked like a synth as well as a beaten up drum set (one of cymbals was half cracked) and a guitar to create layers of droning sonic textures that built up steadily alongside desperate vocals. Out of all three members in the band, I found Father Murphy's drummer the most interesting. He fashioned super-drum sticks, by taping together three pairs, and proceeded to crash his kit with them. Later on he used a standard pair of drum sticks but held them in fashion that looked as if he were about to perform some ritualistic sacrifice. Out of relief or awe (maybe a bit of both), the crowd cheered as Father Murphy profusely thanked everyone for coming out early.

After Father Murphy had cleared the stage, it was time for Dirty Beaches. Alex Zhang Hungtai, who usually performs solo, was joined by a second guitarist. Hungtai's vocals sounded like a cross between Elvis and Chris Issak (and he even played the part with his slicked back hair). I really enjoyed the song "Horses," a jumpy, surf rock-influenced number.

After about 40-minutes from Dirty Beaches, Xiu Xiu (aka Jamie Stewart and full-time member Angela Seo) took the stage. Before they got started, Jamie and Angela performed a little ceremony. A fan seeing them for the third time told me it was a tradition they practiced before every show and that they were wishing each other good luck in sign language. Xiu Xiu opened their set with "Fabulous Muscles" and then jumped into "Beauty Town." During the song Jamie's guitar string popped and he momentarily had a painful expression on his face. He quickly brought his finger to his mouth but continued playing and finished the song without a hint of pain. Afterward, he quickly restrung his guitar and apologized to the crowd for cutting his finger. "We love you Jamie!" screamed a fan.

During one song, Angela struck one of the cymbals with such intensity that her stick went flying into the crowd. She burst out laughing and couldn't seem to locate it, but luckily had a bag of spares tied next to her keyboards. The duo were clearly having a good time (minus Jamie cutting his finger). The audience was devoutly silent in between songs, probably holding their breaths in anticipation that one of their favorites would be played. What makes Xiu Xiu so great live is that the majority of their songs are reinterpretations of the album originals. It is fascinating to see how they mix it up live and some songs even sounded better to me. They finished off their set with "Hi" and quickly returned to the stage to play a cover of Suicide's "Frankie Teardrop."

A full set of pictures and the setlist from their Lincoln Hall show are below... 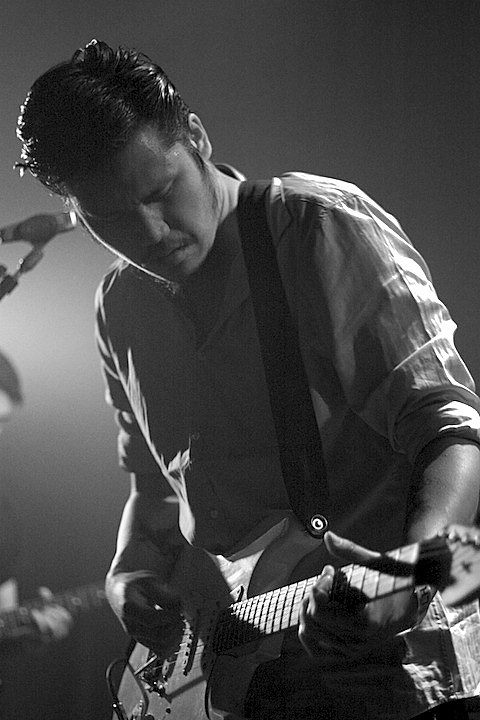 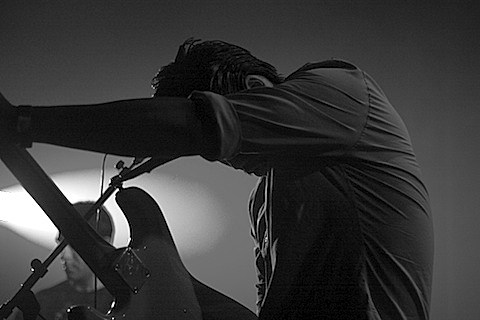 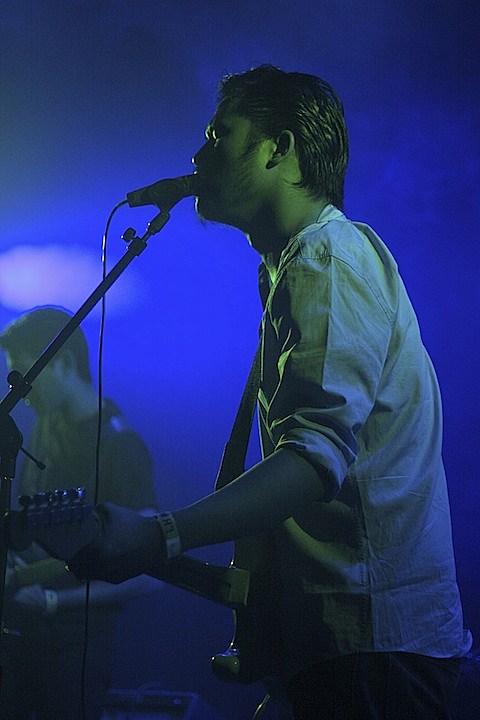 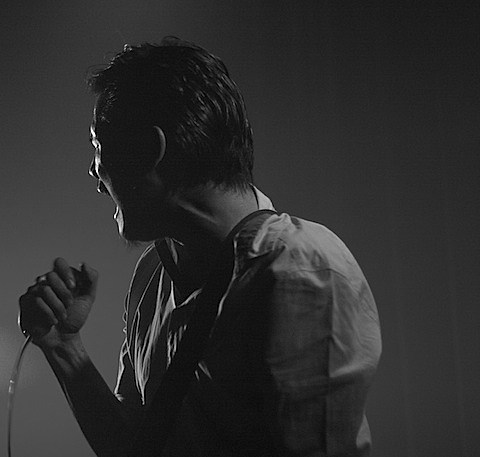 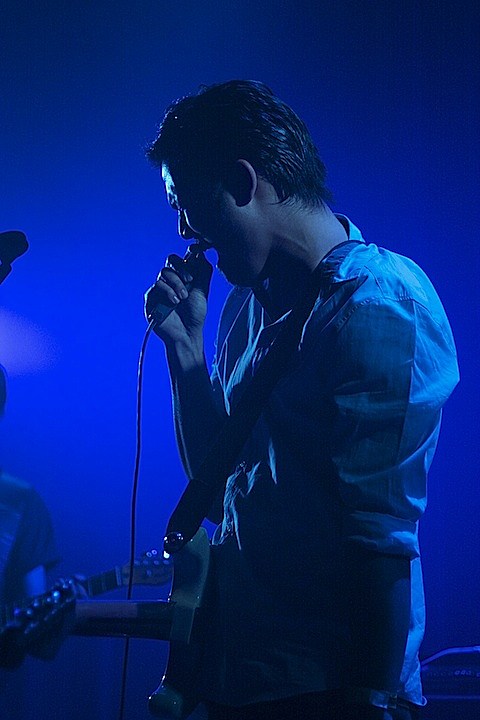 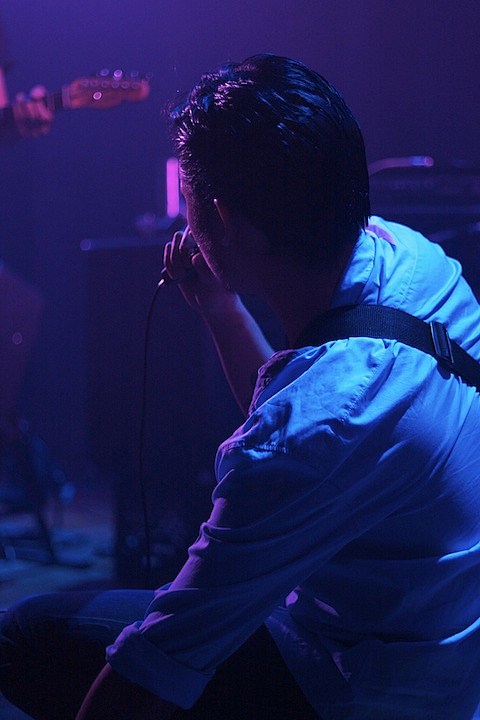 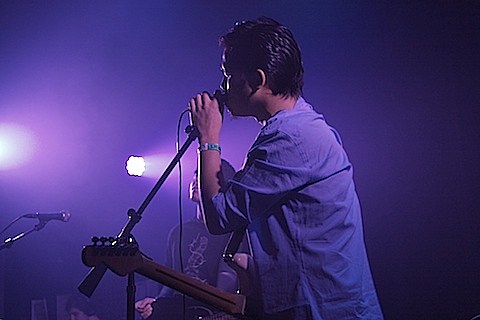 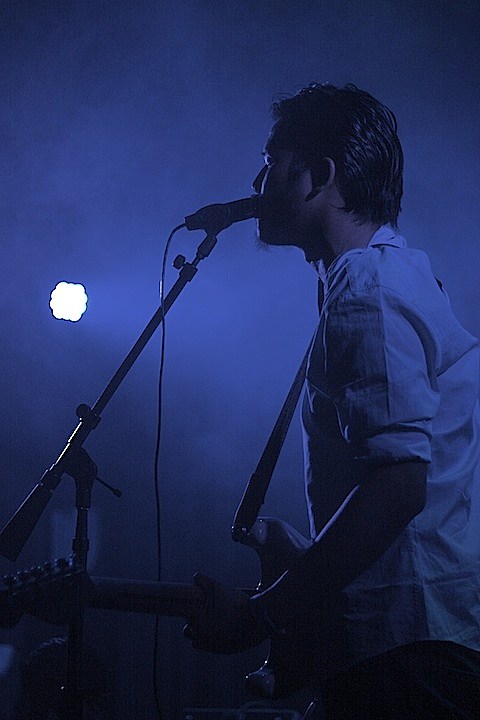 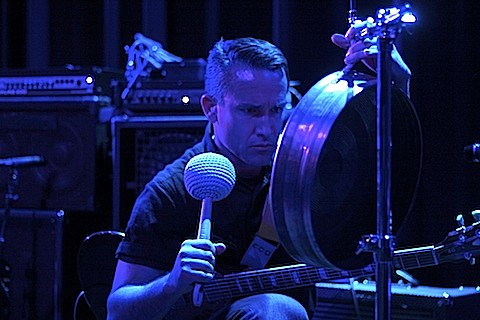 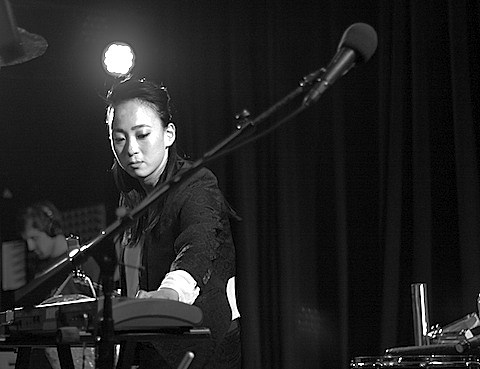 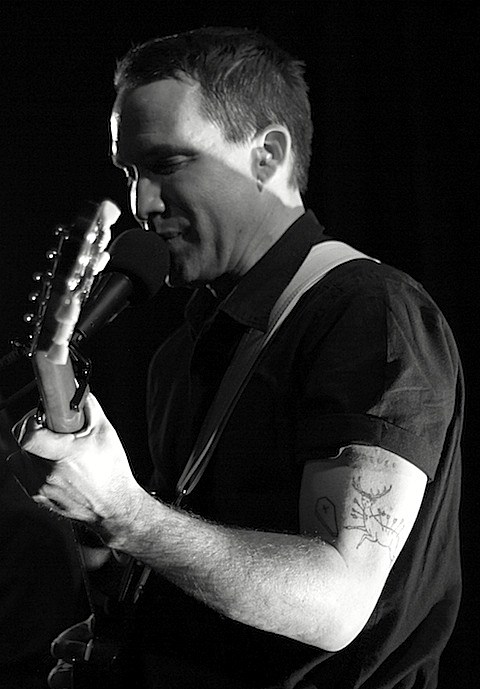 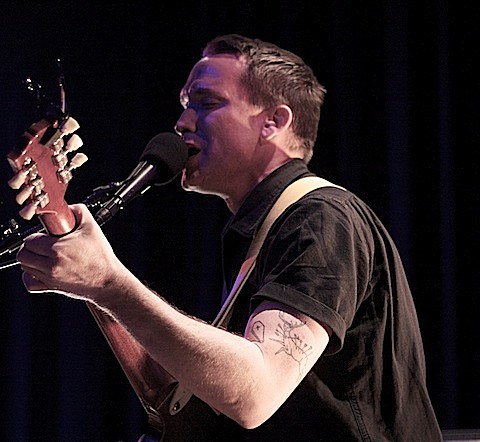 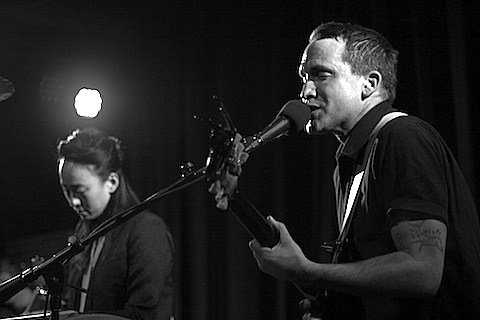 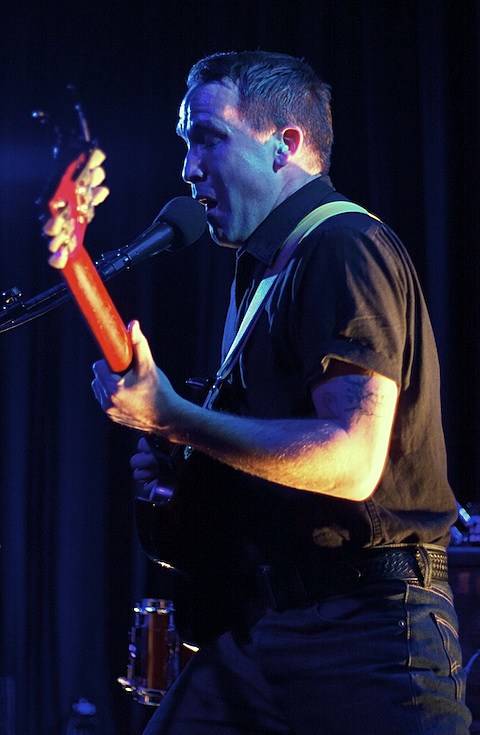 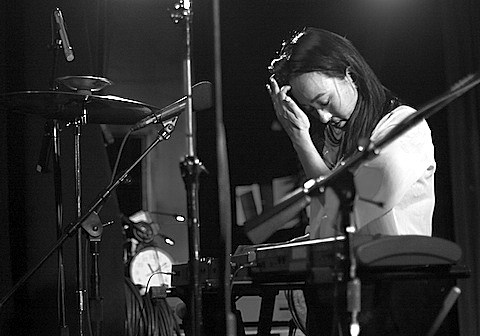 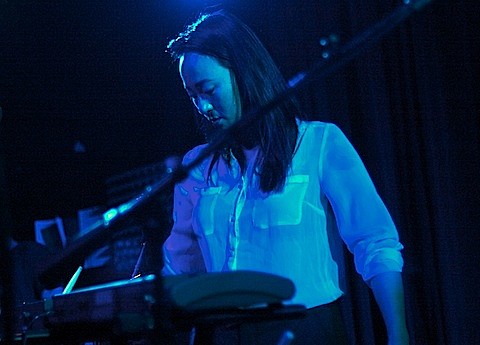 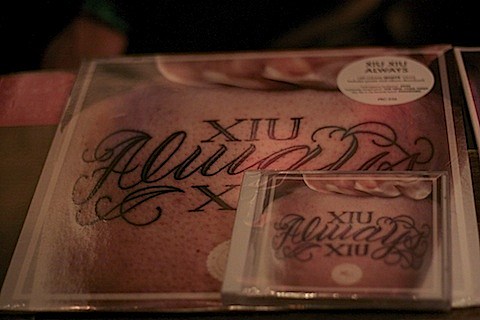 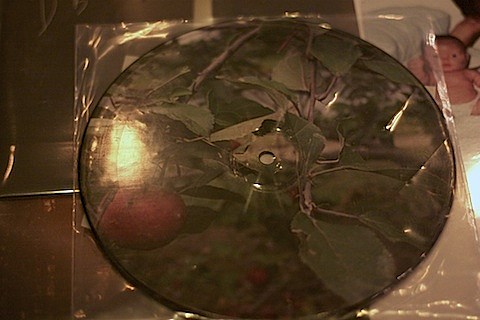