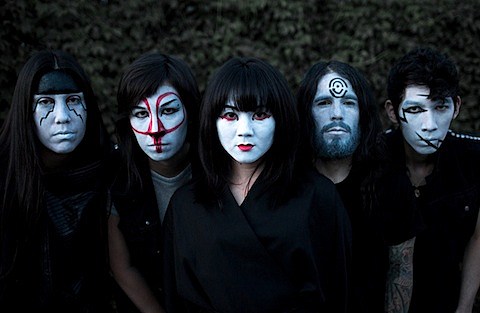 Toronto/Montreal's Yamantaka // Sonic Titan are set to release the follow-up to their great 2011 LP, titled UZU, on October 29 via Suicide Squeeze (US) and Paper Bag (Canada). You can get a feel for the album by checking out its sludgy and psychedelic lead single "One" at the bottom of this post. The track is also available for free download above.

Y // ST will be embarking on a fall North American tour in support of UZU, but only a few dates have surfaced so far. One of those is a performance at the Empty Bottle on November 5. Tickets for the Chicago show are on sale now.