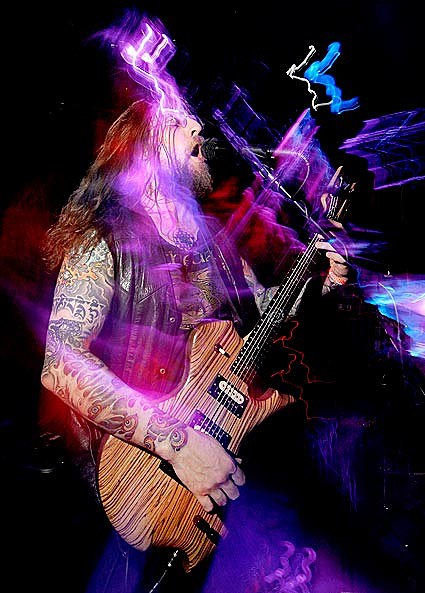 As discussed, the mighty Yob, who released one of my fave albums of 2011, will occupy Empty Bottle on January 25th (a few days before they head out on tour with Tool). To sweeten the deal, they'll be joined at the Chicago show by Anatomy of Habit. While that pairing is enough to blow your socks off, the most intriguing bit is the opening act: Yob frontman Mike Scheidt playing a solo set. Not a fluke either. Mike writes:

"I have played acoustic guitar for many years but never really considered doing an acoustic album until very recently. My influences for acoustic music are all over the place: Townes Van Zant, Dead Can Dance, Scott Kelly, Son House, Merle Travis, Michael Gira, Neil Young, Joni Mitchell, Crosby Stills and Nash, Reverend Gary Davis, and the list goes on. All of a sudden I had an intense need to record a collection of original acoustic music. So I did. It's kind of all over the place, and I had an immensely pleasurable time writing and recording these songs. I hope that translates to folks out there in the quantum soup." -[Mike Scheidt]

Scheidt is currently doing a few select dates in anticipation of his solo debut due on Chi-based label Thrill Jockey. The Yob frontman has yet to announce details regarding its release, but we'll keep you informed.

Until then, make sure and head down to catch Scheidt (and his little project called Yob) at Empty Bottle (tickets are still available).

Show and tour flyers are below... 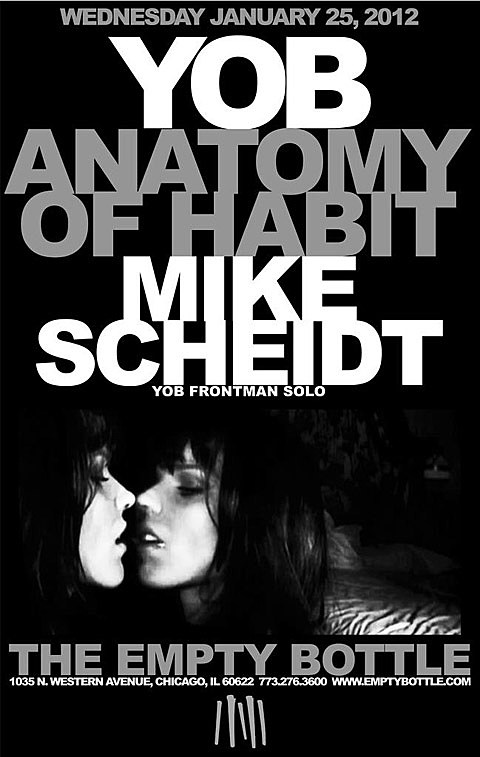 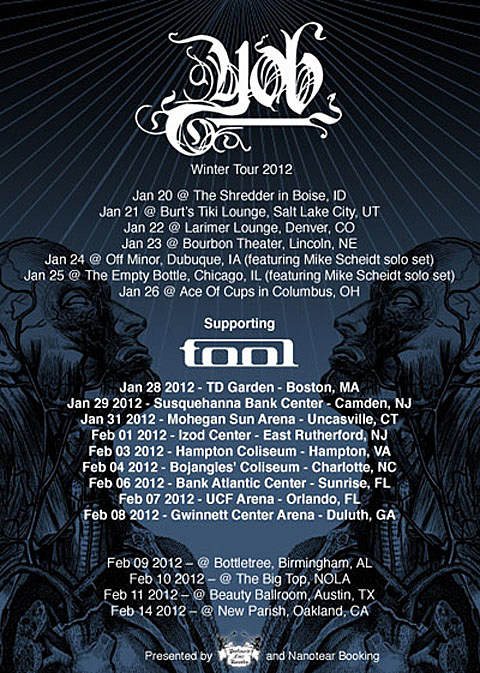