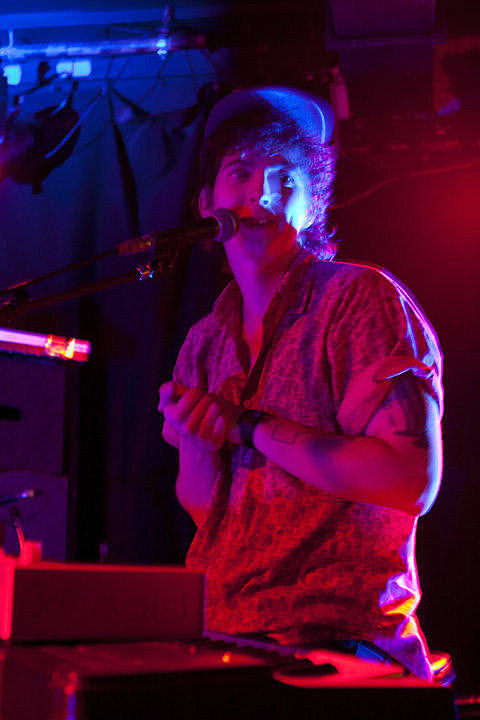 Youth Lagoon opened for Gardens & Villa this past Friday (10/7), at the Empty Bottle. Jamie was able to offer up some words on his (their live) set...

Two young men resembling better looking versions of Zack and Screech from "Saved by the Bell" took their places on stage. The crowd bopped their heads along to the smooth guitar lines and dancey keys. Multi-instrumentalist Trevor Powers released his debut album The Year of Hibernation, under the moniker Youth Lagoon, less than a month ago. He has recently been on the road supporting Gardens & Villa.

Trevor's voice has a familiar sorrow to it, a nostalgic kick back to being young and carefree, to a time when direction meant less and responsibility was something to be pushed aside. His set was equal parts playful and pensive. Once the beat machine kicked in, songs picked up and adopted a more whimsical sound. The only obvious setback, were the tech problems he was having with said beat machine. Trevor offered to play acoustically, but it was clear that if had he done so, the crowd would have talked over him. The issue was quickly solved, and he finished the set out strong.

Head below to view more pictures from Friday night.

Earlier today, Youth Lagoon announced a full-on headlining tour with support from Young Magic (who are playing a BrooklynVegan CMJ Party). The two acts will reach Schubas on November 22nd. Tickets go on sale this Friday (10/14), at noon CST.

All 2011 tour dates are below as well...
END_OF_DOCUMENT_TOKEN_TO_BE_REPLACED